When couples who have been together for many decades are asked for their secrets, a frequent response is, "We've never argued once." Carol and I, after 35 years of marriage, agree with that statement. We've argued many, many times.
In the earlier years of our union, the only way to describe those battles are as "blowouts" -- yelling and screaming, slamming doors behind us while storming off to separate rooms. We're certainly not proud of those behaviors and came to the realization long ago that it wasn't healthy for our relationship. If we intended to stay together (which we did, and have, happily), something would have to change. That would be me.
Over time I've learned to express myself in more constructive ways. One of the fundamental tenets of couples communication is avoiding "you" statements and focusing on "I" statements. Years ago I'd be inclined to say to Carol, "You are always nagging me about fixing the leaky pipe under the sink." That's not constructive. The positive approach to discussing the concern is to focus on my own feelings about the situation and offer a recommendation to resolve the issue. Now I would say, "I feel anxious and resentful when you keep reminding me about the leaky pipe under the sink, so I would like to suggest that you go to hell." 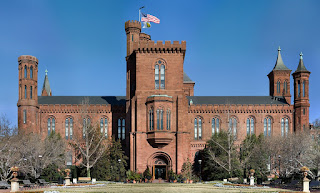 Years ago we traveled with a group from New York to Washington, DC for an overnight trip to see the gem and mineral exhibit at the Smithsonian. (Anticipating what I'm about to tell you, I experienced a classic Freudian slip while writing this last sentence and initially typed "gem and miserable exhibit.") After a busy day at the museums and dinner with everyone that evening, we turned in for the night and something sparked an argument. This one was replete with slang terms for various body parts and suggested uses for them other than what the Lord intended. After a ridiculously long period of shouting invective we finally wore each other down, made up and caught a quick nap before meeting everyone for breakfast prior to checking out of our hotel. We walked into the dining room, smiling and holding hands, and made the usual "Good morning!" chit-chat with the others in attendance. At some point I asked one couple if they'd found their room comfortable. The wife replied, "Oh, it was terrible! We didn't get any sleep at all." I naively questioned what the problem had been and she answered, "The people in the room next to us had a loud argument that went on nearly all night. And the LANGUAGE they used... it was appalling!" So far as we could assess, this woman had not pegged us as the couple responsible for the contretemps. Carol and I quickly grabbed juice and coffee and beat a hasty retreat back to our room, saying we still needed to pack and would find our own way to the train station for the trip home.
A few years later I won a trip to New Orleans as a reward for performance at work. Winners could bring their significant other. (At least one attendee took this literally and brought his girlfriend along -- leaving his wife home with their kids.) The company put on quite a spread -- limos from the airport, top-notch accommodations on Bourbon Street, organized activities during the day and visits to the best restaurants in town in the evenings. In addition, when we returned to our rooms after dinner we found different stunning gifts awaiting us each night -- portable CD players (back when that was still a novelty), embroidered suede jackets, coffee table books loaded with glossy photos depicting the city's history. Every moment of the visit was carefully planned and focused on maximum enjoyment. So, of course, Carol and I found something to get into a squabble about after returning to the hotel one night. I honestly don't recall what set us off, but I do remember that I eventually grabbed a blanket and a pillow and moved into the only other place where I could sleep alone -- the bathtub. Were this a scene in a rom-com, Carol would have come into the bathroom just as I dozed off and turned on the faucet, leaving me drenched and sputtering. Instead, at some point we recognized how foolish we were being, mumbled exhausted but heartfelt apologies, and found our way toward cuddling back in bed and enjoying the rest of the trip together. Well, we also unwittingly gave up $200 in free chips at a casino but, in the spirit of renewed harmony, jointly blamed one of the trip organizers for the misunderstanding and gave him the stink-eye for the rest of our stay.

Many years (and some intense counseling sessions) have passed since these incidents. We have been in a much better place for decades, with only an occasional and relatively benign skirmish between us. These days our only battles are over whose turn it is to empty the dishwasher or why I have to watch another goddam episode of Rizzoli and Isles instead of the ballgame. We've learned to treat each other with courtesy, respect and boundless affection, and we're a much happier couple because of it.

Plus, we only have a shower stall now and there's no WAY I can sleep standing up. 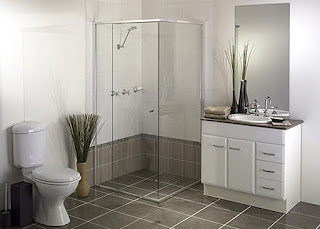