Carol asked me the other day if I'd be interested in going to Kol Nidre with her that evening. I was confused by her request, since: 1) it wasn't anywhere near Yom Kippur, and 2) Carol isn't Jewish. When I asked her to clarify the reason behind her inquiry, she said it would help us learn to focus and relax. Now I was completely flummoxed, so I turned down the TV, pulled out my earphones, stopped scrolling through Facebook on my phone and stepped off the treadmill. "What exactly is it you want to do tonight?"

Once I was paying closer attention I understood she was asking if I wanted to practice Yoga Nidra with her. Ah, OK -- to the untrained ear, Aramaic and Sanskrit sound an awful lot alike. I was forced to admit I knew as much about Yoga Nidra as Carol knew about Kol Nidre, so I asked her to provide a brief explanation. She said it was a method of achieving deep relaxation; getting the mind and body into a state of consciousness between waking and sleeping. I said I wasn't sure why this was something that required practice, since that's how I spend most of my days. She went on to clarify that the focus was more on achieving a "wakeful" state while still being very relaxed, and when one reaches such a condition the body rejuvenates and the mind opens to profound insights. I said I wasn't sure this was all that different from attending Yom Kippur services, which also cultivated drowsiness while requiring you to remain attentive. Carol said the two were nothing alike, and suggested once the Yoga Nidra session was done we could go out to eat. I said she was further proving my point; the highlight of the Day of Atonement is the meal when it's all over. But because I am open to new experiences and also because Carol gave me "that look" -- I agreed to go with her. 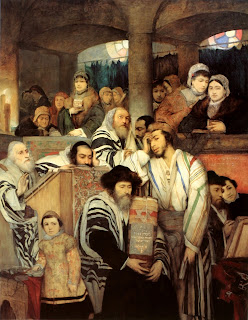 Once we arrived at the yoga studio, I had to sign a release. "Release from what?" was my question; I had to agree I wouldn't hold the business liable for any injury that might occur during the session. I asked what kind of injury could possibly be inflicted while trying to achieve a state of deep relaxation while stretched out prone on a mat at floor level, unless I somehow managed to be lulled into an irreversible coma? Again, Carol gave me "that look" and I acquiesced and signed the paperwork. We ditched our shoes and I dropped my attitude.

This was a popular program; there must have been at least sixty people in the room. I wondered how anyone could achieve a state of deep relaxation in such a crowded, enclosed space. I thought perhaps the tight quarters combined with deep breathing would lead to elevated levels of CO2, and therefore people were confusing profound insights with hallucinations brought on by oxygen deprivation. Now I was understanding why I had to sign that release.

The session got underway with several basic yoga poses, focused on gentle stretching and alignment, which caused me to break into a sweat while fighting off foot cramps. About fifteen minutes in we began to work on our state of consciousness. We lay still while listening to our instructor, a very knowledgeable and charming woman named Sagel, review the seven chocolates. There are *seven* kinds of chocolate? Let's see: there's Snickers, 3 Musketeers, Twix, KitKat, Mounds, Almond Joy.. I was drawing a blank on the last one. I whispered to Carol on my left to ask if she knew, and she replied we were supposed to be focusing on the seven chakras. Well, Jesus -- I could relax, or I could focus on chakras, but how could I possibly do BOTH AT THE SAME TIME? 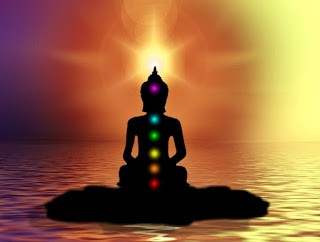 I don't recall the specifics of the seven chakras because, in all honesty, by that point I was craving something sweet. Once we were done with the chakras, Sagel had us direct our focus on individual parts of the body: sections of the arm; the leg; the torso, head and neck... She named every appendage by name except for the tingly parts.

Next came instruction to focus on the breath flowing through each nostril, individually. I could pick out the left (I don't mean "pick" that way) but couldn't manage to isolate the right. Left-breathing is supposed to lower your blood pressure, while right-breathing raises it back up. The risk of lapsing into a coma was inching closer to reality.

Since the class had people ranging from novice to expert, Sagel said we should each do whatever we felt was necessary to relax. So... I got up and dashed into the pub next door for a quick beer. I would have slipped back into my spot unnoticed except for belching as as I resumed my Savasana pose.

We completed the session after another thirty minutes. Sagel then guided our return to a "normal" state of awareness. Well, for everyone except the woman who was on my right -- she was sleeping like a baby. I kneeled down, gently putting a hand on her shoulder while leaning in close to her ear to say, "WAKE UP! IT'S OVER!!" Everyone rolled up their yoga mats, re-folded blankets, returned blocks to storage, and exuded a sense of calm and well-being. I have to admit -- I enjoyed the session more than I thought I would, finding it very peaceful. I felt more centered than when I arrived, and actually had an insight unearthed from deep in my subconscious which helped me resolve an issue that had been preying on my mind for much of the evening: the seventh chocolate is a Milky Way.