I recently flew to Raleigh, NC to visit with my life-long best friend, Bert. We've known each other since our junior high days, and even though it's been decades since we've lived anywhere near each other, we still manage to get together a few times each year. With all the recent fracases (fricassées?) involving airline employees and passengers, I boarded my flight with trepidation. There nearly was a moment of crisis during the first leg of my journey, when I was prepared to challenge an attendant over the fact that my snack packet contained a mere eight peanuts, one of which was rotten -- but I thought better of instigating that confrontation, deciding instead to redirect my vexation toward something positive by attempting to extricate every molecule of the minuscule amount of Diet Coke indifferently dribbled into my plastic cup full of ice. 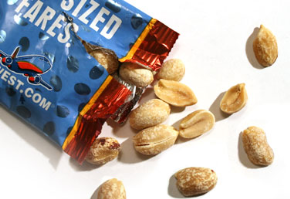 This most recent visit was the first time since Bert started to date, and then go on to marry, his wife Marsha that just "the boys" spent a few days together. Marsha was visiting with family out of state, so since flights were cheaper mid-week, and Bert and I both enjoy the flexible schedules that come along with retirement, I took advantage of the lower fare while Carol, who is still working, diligently earned the income necessary to subsidize my ticket.

Bert and I did what we normally do together: play tennis, jaw about politics and world events, grill a few steaks, and drink some beer. I must say -- during this visit we drank a LOT of beer. Raleigh is home to a number of craft breweries and beer-centric venues; we stopped in a number of them. But don't be alarmed -- we did not drink and drive. Well, we did not drive very far. 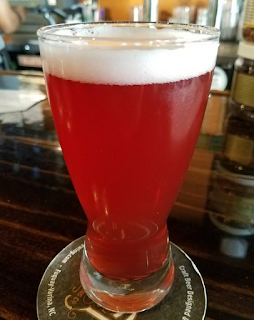 Over a couple of pints at one spot, we reminisced about the one math class we were in together, 9th-grade Geometry with Mr. Schaefer. Mr. Schaefer was an excellent teacher; very matter of fact, expert in the subject, presenting the fundamental concepts and formulas with clarity and precision. Yet, during our first grading period, we noticed he was not infallible; on occasion he'd stop mid-presentation to say, "I'm sorry, I made a mistake." He'd correct it and move on. We, however, decided to keep score, penciling tic marks inside the front cover of our textbooks each time our teacher misspoke. As the months went by, tracking of the erroneous statements piled up in neat groups of fives, and it became a race to see if Mr. Schaefer would reach the century mark before the end of the academic year.

By early May the count had reached ninety-five, so Bert and I focused less on special quadrilaterals and more on ensuring we were prepared to strike when and if the milestone occurred. Finally, with only a week remaining before the end of school, Mr. Schaefer stumbled for that hundredth time. Bert and I exchanged knowing glances but, since Mr. Schaefer seemed to be in an uncharacteristically foul mood that day, we wordlessly decided to hold off making our recognition public right then. A few days later, restored to his usual level of calm, he tripped up again and offered his usual apology. This time we were ready to spring into action. He'd made the most recent error while at the chalkboard, with his back to the class, so I interrupted him -- "Excuse me, Mr. Schaefer?" He turned around from the linear equation he was graphing and scanned the class for the source of the questioning voice. Bert and I rose from our desks and strolled confidently to the front of the room. I announced, "The two of us have been keeping count during class, and we would like to recognize you on the occasion of the one-hundredth mistake you made this year." Bert added, "Here is a certificate we commissioned to document this historic occasion." He presented Mr. Schaefer with something we'd lettered on a piece of blank paper, with a ribbon affixed to it; we each grabbed his free hand to shake it; we returned to our seats.

Mr. Schaefer stood speechless for some time, shaking his head, glancing again at the certificate, then squinting toward the two perpetrators. Eventually, he managed to stammer, "Thank you... I think," before placing the award on his desk and returning to the formula he was showing us how to solve. Shortly thereafter the bell rang, and we filed out of class. 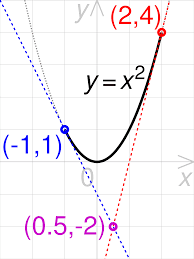 I don't believe anyone other than Bert and myself found what we'd done amusing or entertaining in the least -- none of our classmates, and certainly not Mr. Schaefer. But that didn't matter; WE thought it was hilarious. We'd spent the better part of a year focused on a mission requiring attention to detail and meticulous planning -- even a modicum of math, via the tic marks -- all of which served to reinforce our standing as friends. Even as the transitions to high school, then college, then careers and relationships have taken us in different directions, we've always maintained that closeness -- for over forty years at this point.

We're quite a contrast of opposites. Bert is tall and slender; I'm short and stocky. He's mechanically inclined and can repair or rebuild nearly anything; I'm intimidated by power tools and take at least two tries to successfully change the dead batteries in a flashlight. His groundstrokes are elegant; I'm all about the big serve. And yet we have this connection -- stronger, I think, than between many brothers. I'm sure it's no coincidence we're both only children. (By that, I mean neither of us has any siblings, not that we're emotionally immature -- at least, Bert isn't.) 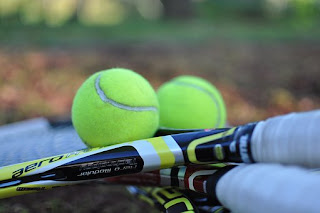 Bert made excellent use of his facility with mathematics, becoming a successful, well-regarded civil/structural engineer. I used my math skills to calculate what I was sacrificing by leaving several jobs before becoming fully vested in their retirement plans, eventually landing at a company where I was rapidly promoted, becoming progressively less effective in each new role, and finally securing a position in middle management where I reached my level of incompetence before being laid off.

That's all behind us now. More tennis, more steaks, and more beer await. I believe we learned a formula in that long-ago class that would permit me to graph the changes in velocity of my devastating serve as it explodes from my racquet, caroms off the deuce court, and bounces just beyond Bert's flailing reach. But all I really remember from Geometry is that damn certificate. 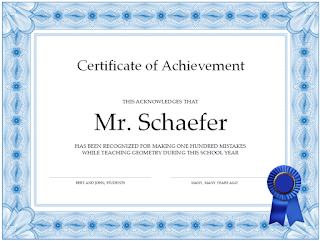